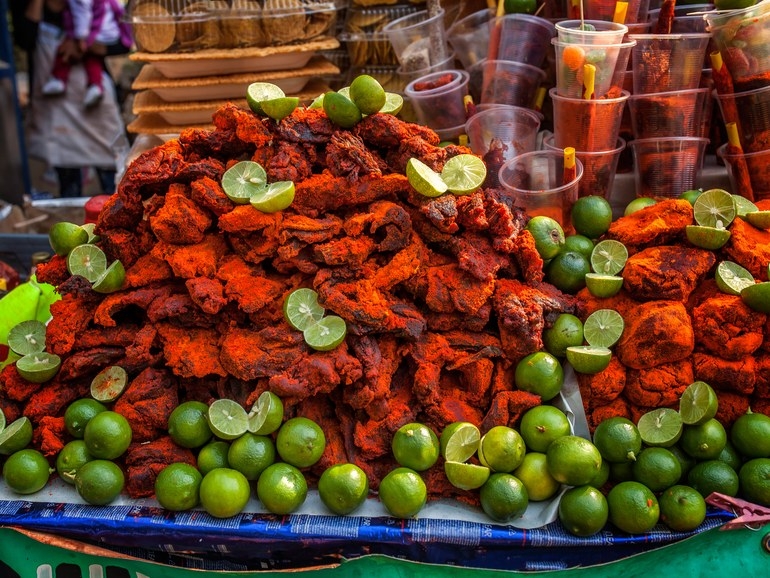 The scene: Tacos are just the tip of the iceberg. You can’t walk half a block in Ciudad de México without stumbling across a panoply of street eats: tortas, tamales, tlacoyos, sopes, huaraches, flautas, tortas, chilaquiles, chicharrones…the list goes on and on. Might as well pull up a stool and give in to temptation.

The dish: tamales, a log of grainy corn dough steamed in a corn husk or banana leaf and eaten for breakfast.

Editor's note: Shortly before we were to publish this gallery, a powerful earthquake struck Mexico City. While we are aware that the tourism industry will no doubt be affected, we decided to leave the city as a selection to show one of the many reasons we at Traveler love—and will continue to travel to—Mexico City.

To eat on the street is to engage all five senses. There’s the taste and texture of the food; the smell of it (and probably diesel and charcoal); the sound of bleeping horns and meat sizzling on the grill; and the sight of elbow-to-elbow crowds and bumper
15 / 15