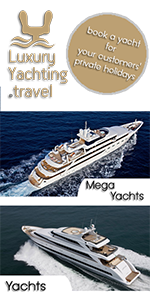 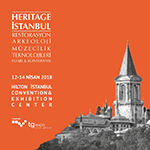 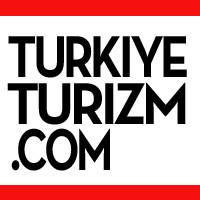 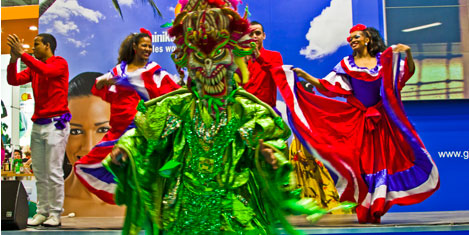 More than 130 exhibitors from 40 countries with information on sustainable tourism and adventure travel in Hall 4.1 at ITB Berlin

BERLİN- More than 130 exhibitors from 40 countries with information on sustainable tourism and adventure travel in Hall 4.1 at ITB Berlin – Papers on adventure travel and socially responsible tourism at the tenth PowWow for trade visitors – Award Ceremony of the first ITB National Geographic World Legacy Awards at the ITB Convention

From 4 to 8 March 2015 visitors to ITB Berlin can obtain inspiration for planning their next holidays in socially responsible ways. In Hall 4.1. more than 130 exhibitors from 40 countries will be presenting their latest adventure travel products as well as those supporting ecologically, economically and socially responsible tourism. On Wednesday, 4 March on the big stage, for example, the presentation ceremony will be taking place of the prestigious TO DO! Awards of the Study Group for Tourism and Development sponsored by ITB Berlin. Entries were invited from tourism projects for the TO DO! Competition for Socially Responsible Tourism which take the interests of local inhabitants into account by actively involving them in the planning and implementation stages in an exemplary manner.

On the big stage the focus will also be on ’Human rights in practice – challenges confronting tourism in areas sensitive to human rights’, accompanied by discussions on the issue of child protection in tourism.

The photo exhibition entitled ’The Wadden Sea – a UNESCO Natural World Heritage Site’ in Hall 4.1 (Stand 229) promises to be a visual highlight. At the press conference discussing ’a bird’s eye view of the UNESCO Natural World Heritage Site of the Wadden Sea’ Robert Habeck, Federal Minister for the Energy Transition, Agriculture, the Environment and Rural Areas of Schleswig-Holstein will be among the speakers present. The photographers Martin Stock and Pieter de Vries will also be presenting their book, ’The Wadden Sea’, to the public.

Programme of events of the PowWow for Tourism Professionals

From 4 to 6 March, on the days reserved exclusively for trade visitors, the tenth PowWow for Tourism Professionals will be taking place on the Adventure Stage. ’Delve into the grasslands‘ amazing art of living’ is the heading of the three-day series of events about nature and adventure travel as well as on sustainable and socially responsible tourism. The PowWow will open with traditional dancing and calligraphy displays from Mongolia, this year’s Official Partner Country of ITB Berlin. Moderated by Mary Amiri, a well-known TV presenter, the programme of events with its panel discussions and workshops will provide ample opportunities to exchange views with international travel experts and to meet people from all over the world.

High-ranking speakers have agreed to take part in the debate on ’Tourism and climate change’. They include Thomas Kropp, head of Corporate Policy and International Relations, Deutsche Lufthansa; Jane Ashton, director of Group Sustainable Development, TUI Travel; Uwe Brendle, director of the Department of the Environment, Transport and Electro-mobility of the Federal Ministry of the Environment, Nature Conservation and Reactor Safety. They will also be presenting the myclimate Deutschland Award. This climate protection trust is one of the world’s leading organisations dealing in voluntary compensation for carbon emissions.

Stéphanie Balmir Villedrouin, the tourism minister of Haiti, will be speaking about developments five years after the catastrophic earthquake and new efforts in sustainable tourism. Other topics include the crisis in African tourism and undertaking responsible voluntary work.

Numerous presentations will provide an overview of the wide range of sustainable tourism and adventure travel products available. Among them will be an event on geotourism in the western Balkans and an expert class on big data in tourism, both on 6 March. On 4 March the focus will be on health and wellness tourism in ashrams and on yoga workshops. Taking regional products in restaurants as an example, Naturtejo Geopark in Portugal will be showing how local inhabitants can make a successful contribution to tourism. From 4 to 6 March, on the days reserved exclusively for trade visitors, live cooking demonstrations will be taking place that will whet visitors’ appetites for even more information.

Representatives of Nordurflug Helicopter Tours from Iceland will be speaking about volcanoes and displaying an ’Arctic truck’. A presentation will be taking place of a new route, ’The Great Challenge 2015’ on the Costa del Sol in Malaga, accompanied by a speed networking event. On Thursday, 5 March, Rob Holmes of GLP Films will be inviting visitors to enjoy short films about sustainable tourism with some popcorn. At 3.30 p.m. ITB’s new short film entitled ’ITB Berlin – Leaders in Responsible Tourism’, will be premiering. Last but not least, the Vision & Innovation in Sustainable Tourism Awards (VISTAS) 2015 will be presented to candidates from the 100 greenest destinations who have implemented best practices. On its stand the Welthungerhilfe famine relief organisation will be addressing the issue of ’involuntary travel’ and at a panel discussion will be discussing the flow of refugees and its consequences for tourism.

Responsible Tourism Clinics organised by The Blue Yonder, ITB’s Responsible Tourism Partner, will be taking place on all three days of the PowWow. The focus will be on community involvement, on the economic benefits of socially responsible tourism as well as on spiritual tourism and eco-tourism in Asia in cooperation with TIES - The International Ecotourism Society. On Friday at 6 p.m. the International ITB TBY Berlin Responsible Tourism Networking Event, which has become a firmly established fixture, will be giving visitors an opportunity to introduce themselves in person and to find business partners.

On 7 and 8 March 2015, the open days for the public, the big stage in Hall 4.1 will play host to colourful and fascinating events featuring music and folk entertainment. On the small stage there will be lectures and readings on the topic of travel and outdoor activities, a multimedia show about Mongolia and yoga workshops. Celebrities will be giving autograph sessions and numerous events such as competitions and games will also be taking place. On the Saturday of the show visitors will be able to see stars close up. Stage Entertainment and welcomeberlintours will be presenting songs by Udo Lindenberg from the musical ’Hinterm Horizont’ about Germany when it was a divided nation. On Saturday the big stage will be hosting the awards ceremony of the bi-annual TOURA D'OR Film Competition for Forward-Looking Tourism which recognises films advocating social responsibility.

Those visiting the stand of the equipment suppliers Globetrotter will be able to get a taste of adventure. Visitors will be able to explore the ´steppes of Mongolia` and those daring enough can scale the climbing wall and high ropes until they reach the hall ceiling. Throughout the weekend a competition will be taking place to see who can put up a tent in the fastest time. The winners can take home the tent.

The topic of sustainable tourism has been a firmly established part of the programme of the ITB Berlin Convention for many years. On Friday, 6 March at the ITB CSR Day numerous topics will be discussed examining socially responsible tourism, including slum tourism, mountain tourism and sustainable tourism in films. The programme also includes the official signing by ITB of the Global Code of Ethics.

On Friday, 6 March in Hall 7.1b a discussion with the winners and judges of the first ITB National Geographic World Legacy Awards promises to be a highlight. A big ceremony announcing the winners will take place on 5 March at 4.45 p.m. The awards recognise leading tourism companies, organisations and destinations driving a global change in travel industry attitudes, culminating in sustainable tourism principles and practices.

Also on Friday, 6 March, at a symposium in the CityCube Berlin experts will be discussing ’a new beginning for tourism in Tunisia’. Together with the German Society for International Cooperation (GIZ) and the Federal Ministry of Economic Cooperation and Development a debate will be taking place on sustainable tourism prospects for Tunisia.

As the world’s leading travel trade show ITB Berlin is committed to the principles of ecological and social responsibility. They are fundamental to confronting the future and ensuring long-term success, not only in the market, which is why for many years ITB has supported CSR in tourism. For more information please visit: http://www.itb-berlin.com/csr.

ITB Berlin 2015 will take place from March 4 to March 9. From Wednesday to Friday, ITB Berlin is open to trade visitors only. The ITB Berlin Convention is held parallel with the trade fair, from Wednesday to Saturday. It is the world’s largest specialist convention for the industry. More details are available at http://www.itb-convention.com. ITB Berlin is the leading trade fair for the worldwide travel industry. In 2014 a total of 10,147 companies and organisations from 189 countries exhibited their products and services to 174,000 visitors, who included 114,000 trade visitors. 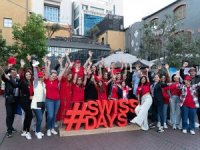 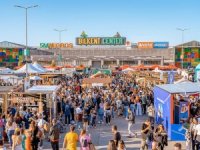 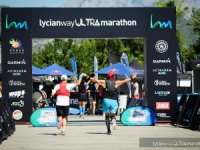 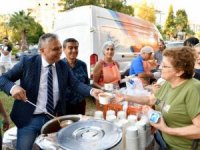 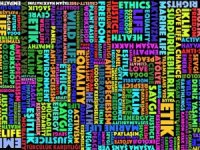 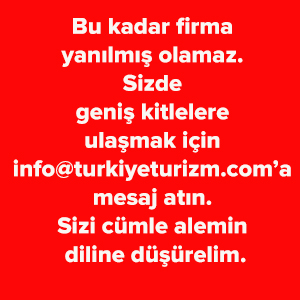 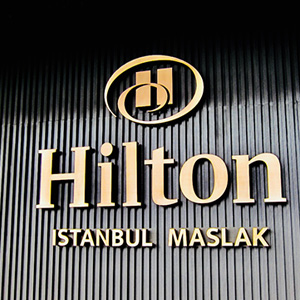 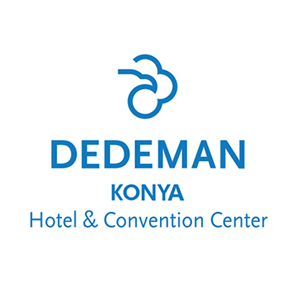